Man Vs. Woman AKA Television Vs. Computer

He has his things and I have mine.
His are unnecessary, somewhat lame at times, mine are important.
He feels the same, but in reverse.

Blogging : My newest love / addiction.  Followed closely by Tweeting, but that one is actually a form of therapy for me, because anyone who knows me, knows that I can't even cut a one word answer down to 140 characters or less.  It's training me to only say what needs to be said, and forget the rest.
As you can tell, it's not really working that well for me.  I spend a LOT of time angry at the Twitter gods for the stress it causes me having to cut my brief 3829 character comment down to 140 characters.  I'm pretty sure I use more characters than that when I sneeze.  But I get the whole point of it, and so I persevere.  Which is my excuse explains why I sometimes don't make a lot of sense on Twitter....
#1 Hubby : Number one in my eyes...but also easily replaced by #2 Hubby, should Brad Pitt ever see the light.  He is obsessed with sports, as referenced in my recent post.  He is dearly in love with his Foxtel cable television.  In the event of a fire, I expect to see him rush out the door with the Foxtel box in his arms, screaming hysterically like a girly man.  Of course he will stop, take stock for a second and realise he's forgotten a vital and adored part of the family, and then heroically rush back inside - FOR THE REMOTE. 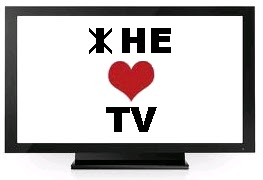