More than 3 kids to manage

You may be under the mistaken impression that I am a Mum to 3 kids.  Wrong.  I am actually a Mum of 4, sometimes 5, often 7.
There's the 3 kids.  That one's a given.  And not likely to change for another 50 years until the circle of life spins around to show them the middle finger when it's their turn to look after me.  It's this thought that gets me through sometimes.  Enjoy your time kids, because one day it's going to be MY turn to crap over everything...
Then there's #1 Hubby.  The number of times I've had to officiate kindergarten-esque arguments between him and Miss5 are too frequent to keep track of.
But more on him later.  Much, much more....
The 'often' part of the extra children is #1 Brother who lives next door.  The life-long confirmed bachelor.  He still brings me his shirts to iron, on the exceptionally rare occasion that he deems warrants the wearing of a shirt with a collar.  He knows I don't iron (thanks to my collection of 472 white T shirts), but I am his best maternal-type option for operating an iron.  I worry about his welfare, his future, if he's eating enough / enough veg, and if he's getting enough fibre in his diet.  A lot like you would about your children.
The 'sometimes' extra children are the #1 Grandparents.  This one is largely a future prediction.  They're getting on.  Not quite at the blue rinse stage, but well and truly into the lawn bowling stage.  It's only a matter of time.  Already, I have become the designated driver for any road trips, even to the local shopping centre.  I'm not sure when I took over from the head of the family (#1 Grandfather), but it could have been around the time he tried to park in a bottle shop drive thru.
﻿
But anyway - back to the main recipient of today's ranty-tanty soapbox stance : #1 Hubby.  The permanent 4th Child.
I work Saturday's.  I'm depressed on Sunday, because it is so far away from the next Saturday that I get to go to work for my own personal health, well-being and salvation.  My blissfully peaceful office was rocked by multiple phone calls this past Saturday  And not from customers, not of a business variety.  Of a dobbing variety.  Of a "step in and assume control via speakerphone" variety.
Truth be told, it's every Saturday, but this week was extra bad and I was feeling snarky, so I kept a record of it this time, so that I could rant and rave about it on here.
#1 Hubby called me FIVE TIMES by midday, to reprimand the kids for him and answer some really dumb questions.  It was at this point that I started documenting it all.  To be used in evidence in a court of my motherly peers (you guys). 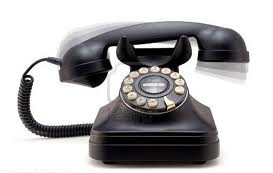 ﻿
Call 1 : Can Miss5 have a muesli bar for breakfast?
No
Him :  Can you tell Miss5 that you said no, and tell her that she has to have cereal
or toast?
Fine....Miss5, a Muesli Bar is not breakfast.
Call 2 : Can Miss5 wear the same skirt and T shirt to the park that she wore yesterday?
Wow.  I'm going to go with YOU DECIDE on that hard hitting issue.
Call 3 : They're hungry.  What can they have?
What I told you this morning.  Crackers, sultanas, yoghurt, fruit.
Call 4 : What can I give them for lunch?
WHAT I TOLD YOU THIS MORNING?! Ham sandwiches, carrot sticks, cheese
Call 5 : Miss5 is putting stickers on everything.  She won't listen to me.
Miss5, if you want to watch TV tonight, stop putting stickers everywhere!
Call 6 : They're all fighting. It's driving me nuts. They just don't listen!
PUT ME ON FU&%ING SPEAKER PHONE....
That is IT! Listen up, this is what you can't do :
NO smacking, licking, fighting, stickers, putting your finger where it shouldn't
be, climbing, painting tiles, drawing on walls, eating sand, harassing the cat.
Some time later.....
Call 7 : So...ahh...are you angry or something?
﻿
It was as if I'd left one of the kids in charge for the day, not an adult, not a parent.  I had to bark threats and orders and instructions via speaker phone.  Officiating and parenting from a distance.  For all FOUR 'children' in the house requiring said officiating and parenting.
Suffice to say, I sat #1 Hubby down when I got home from work, and gave him a stern talking to.  Channelling a Drill Sergeant, to sufficiently re-masculate #1 Hubby, the words  'Grow a set' - 'be a man' - 'control your castle' - and other such inspirational phrases passed my thinly drawn lips.
I swear to Vodka, it was almost as stressful as the time our Wifi was out of action for the weekend.
﻿
And before you all start feeling sorry for #1 Hubby for being the subject of my ranty-tanty soapbox post this week, you'll be pleased to know that I'm about to start writing a nicer post dedicated to him.  Stay tuned...
Posted by Parental Parody at 9:00 AM