Firstly, to get the formalities out of the way...
The winner of Lemonade Mouth with much thanks to Disney and Porter Novelli.... 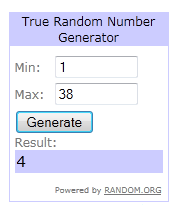 Michelle Knows
Big Yay!
Congrats Michelle!  This may not be Daycare, but it is at least 90 minutes of peace.  Please email me your full name and address, and the generous people above will send your prize.

Let this be a lesson to all the parents out there - sometimes your  single one-time act of  hard work for the school P&C committee does get noticed.   So it's best to put in a bit of effort towards  maintaining the illusion of  being a parent committed to the school community by actually showing up to the assembly's.
So as I unveil this award to the interverse, I'm going to dedicate it to those who made me what I am today :
Dear #1 Grandparents,
It may have taken a  number of years post-schooling  while, but I have finally received the coveted Principals Award.
Feel free to laminate it and display it next to my 1990 Netball  Consistent Try-hard  Most Improved Award.
I know what you're thinking; and yes, I did beat my own 5yr old child to win this award.  No, I did not rub it in to her  very much.  I was quite the gracious winner.
Mostly because I had no idea the award was coming my way, and therefore was one of those crappy absent parents who doesn't even bother to show up to school assembly.  So I didn't get my moment in the spotlight, to regale the crowd of school aged children with my acceptance speech.
I would've thanked the Vodka gods, then the fans (I'm guessing, the Teachers?) - because, without them, none of this would've been possible.  There would've been a bit of flappy-hand action (a la Gwyneth Paltrow's Oscar's acceptance  trainwreck  speech) to quell the tears.  I probably would've been kicking myself for wearing my customary jeans and not a massive frou-frou frock that would've looked more at home atop a decorative toilet roll holder.  But, at least, I would not have had to feign surprise and shock.  That part would've been real.
Miss5 is cool with it.  She got to go up and accept it in my absence.  So enough worrying about her, and back to me.
So please, take a moment #1 Grandparents, to bask in my glory.  Because it reflects on you as parents the fact that it has taken me 32 years to receive a Principal's Award.  Let us share in the joy of winning, together, as a family.
I am like a combination of Barney Stinson's  legen......[wait for it].....dary  awesomeness 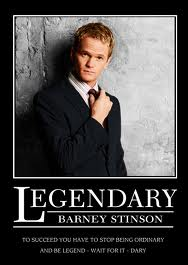 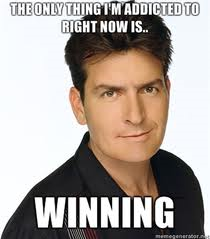 (Yes I deliberately associated this win with Charlie Sheen's epic #winning saga, and I realise it makes my statement a total oxymoron by including this association).
Don't worry, I won't let the win go to my head.  Dare I turn into one of those Alpha Parents.
And with such a mega and monumental win, comes the Haters.  People always want to cut you down when you're on top.
So, to the Haters, I say this : 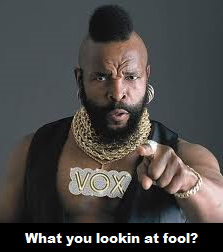 Now I'm off to go hang with Kanye West and find us some groupies now that we're both finally award winners.
Peace Out

Posted by Parental Parody at 7:53 AM