#Winning at the school sports carnival...

I just saw the first TV ad for the new Two and Half Men. Ashton Kutcher, you are pretty, there's no denying it. But you are not Charlie Sheen. Only Charlie can play Charlie. So damn you Charlie Sheen for letting your excessive ways get the better of you. My TV viewing will never be the same again. 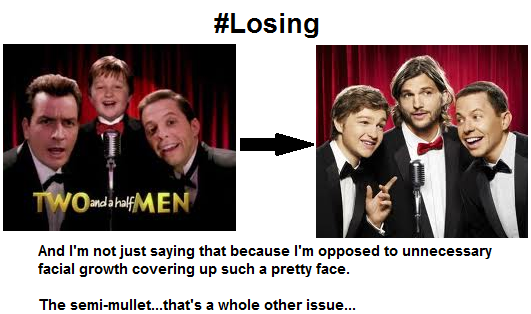 But, on a more positive note - thank you Charlie Sheen for creating the epic twitter hashtag #Winning. Really, thank you. I like it a lot and use it frequently. Often in a sarcastic way, just in case anyone hasn't worked that out yet.
Example : My 1990 Netball tryhard award was #winning. As originally linked together here.
On to today's #winning...
Firstly, some bona fide #winning with the Zhu Fari by Zhu Zhu Pets giveaway: 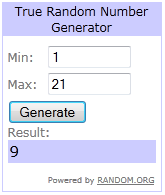 Congrats Suzi Cheshire!
To claim your prize, please email me with your postal address within 7 days.
Secondly...the main #winning point of this post, in its most sarcastic form : Miss5's second ever school sports carnival.
After last year's effort (full disclosure of that available here), I awoke on the day of this year's carnival with Eye of The Tiger from Rocky playing in my head.  Maximum irony.
The Early Childhood kids (Kindy and Pre Primary) marched in first - to crackly old style parade music.  It was strange to say the least.  While the other kids were taking it all very seriously and doing their best to walk in a straight line without treading on the kid in front, Miss5 was doing the royal wave.  Princess Mary, Princess Kate, eat your heart out.  Seriously, I should've video taped it, so I can send it to Princess Mary for Miss5's organised wedding with Prince Christian.  Hindsight, right?
By the time Miss5's first event started, my internal soundtrack had switched to Chariots of Fire on account of her slow motion meandering down the straight in her running race.  This was after the false start, that - out of 20 odd kids - she initiated.  It was the only time she was anywhere near the front of the pack.
I figured she may do better with the group events.  But no.  Only, this time it wasn't her fault.  You see, #1 Hubby was working away for last year's carnival, so he was a bit over-amped to be attending for the first time this year.
Miss5 was trying to concentrate on the beanbag event : an edge-of-your-seat event involving running individual beanbags from the front of the line to put in hula hoops on the grass....very technical for 5yr olds with a 12 second attention span, who have forgotten where they are and what they're meant to be doing by the time they get half way back to the beanbag bucket.
#1 Hubby was standing at the end of her row of hula hoops, crouched down, going all snap happy with the digital camera.  I think he was confusing a school sports carnival 5yr olds event, for a catwalk runway with flouncy supermodels.  Such was his snapitty-snap enthusiasm and focus.
Right in front of the parents and teachers.
Colour me mortified.
If I wasn't so worried about my public image, I would've marched over and dragged him away by the ear.  Instead, I had to make do with a hissed threat involving the camera and one of his bodily openings, when he returned to where I was seated.
As a result, Miss5 stopped before every hula hoop, looked at her father, smiled, waved, put her hand on her hip and posed for a photo (clearly, she was also confused about her location and purpose, as she was jutting her hip out and over-posing Zoolander style, as if she was on a professional photo shoot) - before pausing as if only just remembering she was in the middle of something, and then casually tossing the bean bag in the hula hoop, and trotting back to the front of the line to get her next bean bag (while looking back at her father the whole time).
There were 4 hula hoops.  We went through this 4 times.
Suffice to say her team did not win.
I'm not sure who was more #winning on this occasion - #1 Hubby or Miss5?
Hubby has already stated that he will draw up a training schedule for Miss5, in the lead up to the next school sports carnival.
TWELVE MONTHS AWAY.
I'm about to draw up my own training schedule for next year's school sports carnival too.
So I can learn how to hog tie, gag, and gaffa tape #1 Hubby to his seat without drawing any attention to myself.  Again, in the interest of protecting my public image.  And also to ensure he doesn't interrupt future school sports events.
Posted by Parental Parody at 5:00 AM