Linking up once again with DearBabyG for my extensive weekly whine.  Seriously, you have no idea how hard it is to hold back on the whine factor for this one single post each week.  It takes quite a bit of wine to control the whine.

And so moving on very quickly from that pathetic attempt at a play on words, I give you the top three things that have had me face-palming and muttering FFS!? this week....

I could leave it at that, because everyone knows how useless and shit they are, right?

I have been without mobile phone for almost 2 months.

Thank you for your concern, it was indeed an awfully traumatic time, and I did regularly find myself absently swiping my palm in lieu of a mobile phone screen.

They have finally paid up. I have a nice, shiny, brand new Samsung Galaxy SII and I am in lurve.  I may take it to bed with me.  But not like that, yo.

Of course I'll have no clue how to use it after TWO. MONTHS.  I may require extensive retraining on the ways of modern technology, FFS!? 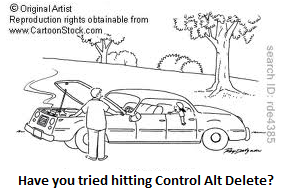 Ye olde Holden Commodore Station Wagon, AKA not a mini van.  I fear she is near the end.  Yesterday afternoon she deposited me safely into the sweetest parking spot right outside the school gate.  And there she stayed for 2 1/2 hours, FFS!?

Cue #1Hubby brushing off my requests for a new battery, so he could tool around under the bonnet for 20 minutes, pretending he knows shit about shit when he doesn't actually know shit.

Cue TWO FREAKING HOURS of trying to keep the over-tired, over-heated, and over-it Feral Threesome's whining tantrums to a dull roar.  In a now silent school, deserted except for the teachers attempting to get some school work done in child-free blissful silence.  Except for my kids, two of whom were yelling various swear words across the entire playground at each other.

I hoped and preyed the teachers did not understand toddler dodgy pronunciation.

Then I remembered I was standing in a school yard.  Surrounded by Early Childhood classrooms.

Who other than a mother is going to be more qualified and likely to understand exactly what they were saying, if not an Early Childhood teacher? FFS!?

And so now I'm suffering from multiple mortification:

This week he was away from the wee early hours of Monday, until after the kids went to bed on Wednesday.  Next week, same thing.

The resulting impact on me is vast and serious and requires immediate rectifying:

It is completely appropriate that the Twin Tornado have started turning on me this week, pointing and gleefully shouting