It's beginning to look a lot like Christmas...sort of

Deck the mini bar with a bit of tinsel
stolen from, the lobby treeee

That dismal Christmas carol word play fail is my festive gift to you. You're welcome.

Said tinsel, plus a $2 shop miniature plastic tree that cost me 50 cents is the limit of our festive decorations.

I’m devastated we forgot to bring our usual Christmas CD. 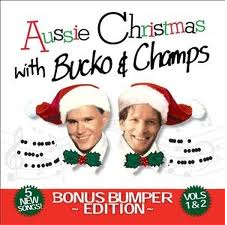 ‘Deck the shed with bits of wattle, fa-lalala, lala, lala’

‘Dashing through the bush, in a rusty Holden ute’

The kids are beside themselves with excitement.  Just like any other Christmas at home...but with a few lame suggestions from yours truly that Santa may buy more compact gifts this year, so as not to overload the baggage allowance sleigh.

#1Pop forgot who his Secret Santa recipient was immediately after names were drawn.  No doubt one of us can look forward to a Bintang stubby holder.

We all hope #1Hubby didn’t get us, after his last Secret Santa effort was what can only be described as a wine coffin.  A coffin shaped box designed to hold a bottle of wine. 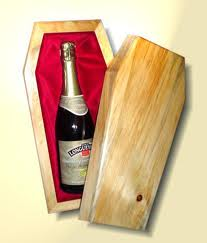 #1Nana has staked out the hotel restaurant, spending breakfast sitting at a different table each day to determine which one gets the best airflow from the ceiling fans.  I’m considering tipping the restaurant staff to sit us at her preferred table, and stick her at the other end where the fan doesn’t quite reach.

#1Brother is thrilled he won’t have to do anything tomorrow.  He usually has a massive job at home – drinks runner.  Something he forgets after the second round.  Occasionally he’s called upon to take a plate somewhere, at which point he could whine for Australia about all the effort he has to put in to Christmas lunch.

So we’re expecting nothing but peace and joy from him this year, as he doesn’t have to get a single drink or carry a plate anywhere. 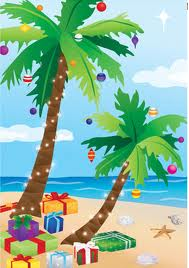 Twas the night before Christmas, and all through the resort
There were a number of blokes in lurid festive shorts

Seriously, I can’t keep this shit up.

I'm just not equipped with the rhyming skillz.

Wishing you all a fab Christmas Day tomorrow, wherever you’re spending it.

May it be full of merriment and festiveness and tinsel in inappropriate places.