Alternatively titled: The one where shit nearly went down between #1Pop and I.

You may remember #1Pop from his last review.

He was all up himself following his successful blogging debut, and so he jumped at the chance to review another low-sugar item. 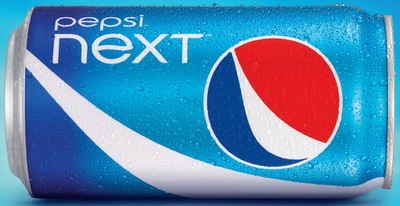 And I was fine with him handling this Pepsi Next review.

Until I tasted Pepsi Next.

At that point shit got real.

#1Pop was busily scooping up the cans to take back to #1Brother's house next door and drink with reckless abandon not usually afforded a type 2 diabetic where soft drink is concerned.

Pepsi Next is naturally sweetened with Stevia so it's got 30% less sugar.  Hence its appeal to diabetic #1Pop.

I'm a massive sceptic when it comes to low-sugar alternatives.  I can always taste the difference.

Pepsi Next does taste different to regular Pepsi, no denying it.  Only, in my semi-humble opinion, it tastes better.

I was not paid for this opinion.  Unless you add up the cost of a dozen cans of Pepsi Next, in which case it would make me a bloody cheap cop out.

I've since bought a couple of cartons of Pepsi Next to furnish my fridge with, so #1Pop bypasses the cakes and biscuits and instead grabs a can of the good stuff for a lower sugar kick that sees him greatly lower his risk of losing digits or going into a diabetic coma or something equally as dramatic.

I'm all about the caring and looking out for others.

Also, I must dethrone Miss3 from the top of the inheritance rankings somehow, and this is about all I've got.

And so it was that #1Pop and I argued over the Pepsi Next.  I had originally offered it all to him to trial and review.  Then I tasted it and I was all like Hell no you aren't having all of that.  You may have 1 or 2 cans and that is all.

Then he was all like but this is my review, and you wouldn't even be on this earth if it wasn't for me so hand it over.

More words were said.  Harsh and menacing looks were exchanged.

Eventually we agreed to split the Pepsi Next equally and he'd take the cool light up pen and I'd take the USB stick.  The hat and T shirt had already been claimed by #1Hubby until some idiot pointed out that it was a ladies T shirt.  I wasn't going to tell him.  I was looking forward to a whole summer of sadistic delight every time he ventured out in his ladies Pepsi Next Tshirt.

But back to the review.

#1Pop is getting far too big for his boots after his first review.  Therefore I'm affording him one single line in this review....

For my part, it is my new soft drink of choice.  I don't drink soft drinks often (who has the time when there's wine to be consumed?), but this is my soft drink of choice when I do.  And I will forever have a few cans in my fridge for when #1Pop comes to visit.  Because I need to be at the top of the inheritance totem pole when his time comes.  It is both Plan A and my back up plan, I've got nothing else.

As with all reviews, I have a giveaway. 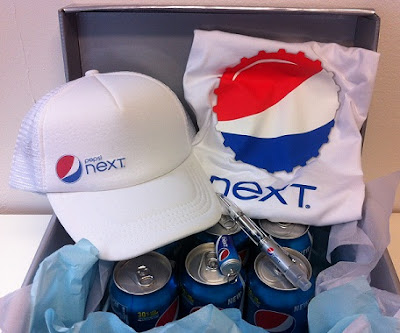 For your chance to win a Pepsi Next prize pack
Personally, I'd prefer George Clooney over #1Pop, but I doubt George is going to leave me anything when his time comes, so I suppose I'd better stick with #1Pop.

For extra entries Share/Tweet the following:

I want to win a Pepsi Next prize pack with @Parental_Parody  http://goo.gl/qrgnw