We interrupt your usual FFS!? Friday ranting for something with far less "shed words".

So I completely missed the whole impending gift-giving season.

There was tinsel, there were Christmas trees, there were big men in red suits ringing bells and ho-ing it up.  All of this in every conceivable corner of every single shopping centre.

But I was too consumed by thoughts of finding a bathing suit to hide my Mummy Tummy so that I could relax and enjoy my pool bar cocktails.

Panic set in last week when I smugly looked at our suitcases, congratulating myself for packing almost nothing, thus leaving maximum shopping room.

Until I realised that, not only are we away for Christmas....eh, gifts?...but also, for the Twin Tornado's 4th birthday...eh, more gifts?

The universe sprung into action before I could burn rubber to the shops and then burn plastic (the credit card) rectifying the situation.  I received a very generous parcel from Disney, including games, DVD's and merchandise.

I mean, I tried, but Miss7 is old enough to know that Santa doesn't send things in a post box with a business card. 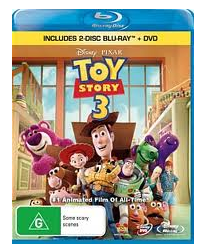 Miss3 couldn't comment because she was too busy trying to eat her own Mister Potato Head parts, while watching the Mr & Mrs Potato Head characters on the DVD.

She did emit a number of evil laughs / chokes, and left her siblings alone for the duration - so I'm going to say it successfully kept her entertained, somewhat appropriately.  I'll let you know when I find the missing green Potato Head ear. Ahem. 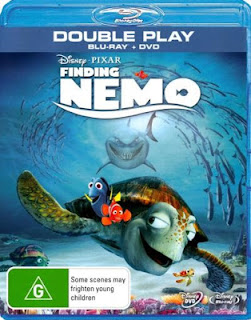 Mstr3 has been constantly reaffirming his affections for this Disney hit:
"I like Nemo Mummy"
"Hey, Mummy? I like Nemo, he's my friend"
"Mummy Mummy Mummy! Guess what?!  I like Nemo"
"Mummy, when I'm bigger...can I be Nemo?"

The Twin Tornado happily sat and watched...wait for it...the entire DVD and the special features.  Which meant I had enough time to tool around on Pinterest, trawl Twitter and whine on Facebook. 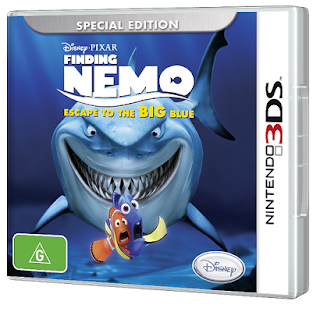 So far, our communication has been limited to:

Personally, I love it just as much as she does, because it's age appropriate, tests her brain power and involves a degree of hidden skill and learning.  Just what I want for her on the school holidays - fun, with a side of covert educational value.

You can play as any of the Finding Nemo characters (Miss7 chose Dory), and the game has over 30 different adventures, so she won't master it too quickly, or tire of it.  Fingers crossed. 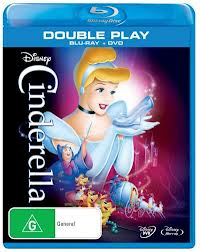 Cinderella on DVD and Blu Ray

This is old school Disney, yo.  The girls absolutely loved it.  Mstr3 was too busy talking to his plush toy to pay much attention.

I love being able to share animated movies with my kids that I grew up with.  It was our very first 'warm and fuzzy' moment of the school holidays.

Hopefully not our last.... 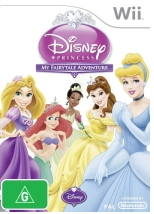 Admittedly, we didn't get a chance to use this one, as we don't own a Wii.

Can you guess what all 3 kids are now whining for?

We also received the game for Nintendo DS, and Miss7 ripped that sucker out of my hands like it was the last M&M in the world.  An M&M that had been personally handled by her idol, Hannah Montana.

Finally, she provided some feedback:

"Mum, you can dress the princesses up. It's so cool.  I'm going to dress mine like Lady Gaga!"

Enough of me banging on about the awesomeness of Disney.  You can check out their full range of games here.

Maybe leave the site open on your computer, so the kids get excited and behave incredibly well in anticipation.  Trust me, it works.

Just in time for Christmas and/or school holidays bribery and entertainment, I have a giveaway.

Win one of two Disney Games packs
(both prizes shown below) 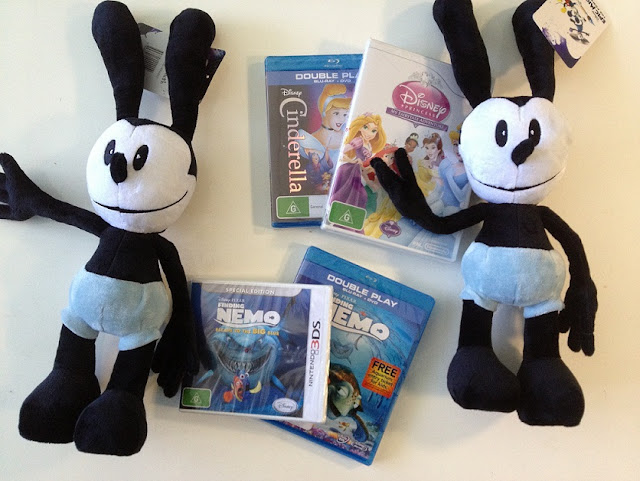 Prize 1
Finding Nemo on DVD and Blu Ray
Finding Nemo: Escape to the BIG Blue for Nintendo DS
Epic Mickey plush toy (totally a one of a kind, as it's not available in stores in Aus)

Prize 2
Cinderella on DVD and Blu Ray
Disney Princess: My Fairytale Adventure for Wii
Epic Mickey plush toy (totally a second one of a kind, as it's not available in stores in Aus)