FFS!? Friday : This week coming to you sans jocks 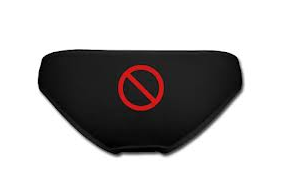 That's right my friends....we are jock-less, jock-free, sans pants, bits and pieces flapping in the breeze, as it were.

You may recall last week was a FFS!?-less FFS!? Friday, so I've had to hold this sucker in for a whole extra week.

We survived the sadistic phasing in period and finally clawed our way to the light of day that is full days (No FFS!?), albeit only twice a week (FFS!?).

When we got home from school, I had the kids take their uniforms off so I could wash them.

Mstr4 promptly dropped his shorts and started waving his boy bits around.

"No mate, just your shorts.  You can leave your jocks on."

"The ones under your shorts."

"I'm not wearing any jocks Mummy"

Now some would blame the parent, who should've been paying some semblance of attention to a pair of 4 year olds getting dressed, particularly for their first full day of school.

But in my defence, I can assure you I was otherwise occupied by far more pressing issues.

It was Ebay and an auction was ending.

Anyway, as a result of how super awesome his first full day of school was, Mstr4 is now deigning to wear his jocks. FFS!?

Miss4 has been observing his delight with much interest, and I'm positive we are days away from her joining in the pantslessness. FFS!?

I fight/wrestle him into jocks, lest his boy bits pop out at some inopportune moment.  Like story time, crunch 'n' sip or on the monkey bars. FFS!?

Yesterday he came home from school, stood in front of me and dropped his shorts, grinning like a madman and waving his boy bits at me, proclaiming "Look Mummy!  No jocks!"

I found them in his lunchbox.

I very matter of factly pointed out that he was not Britney Spears, and therefore he should not be flashing his bits and pieces to others. FFS!?

The only jocks he'll even consider maybe possibly wearing at the moment are Batman jocks.  So off I went and bought a pack.

Except it wasn't Batman he wanted, it was Spiderman. FFS!?

So then I went and bought a pack of those, because I'd already opened and washed the Batman ones that are now being shunned at the back of his underwear drawer. FFS!?

I fully expect the teacher has realised my son has attended Kindergarten sans jocks, and no doubt he's on some special attention watch list as a result. FFS!?