Top 3 reasons I would consider becoming a Sister Wife 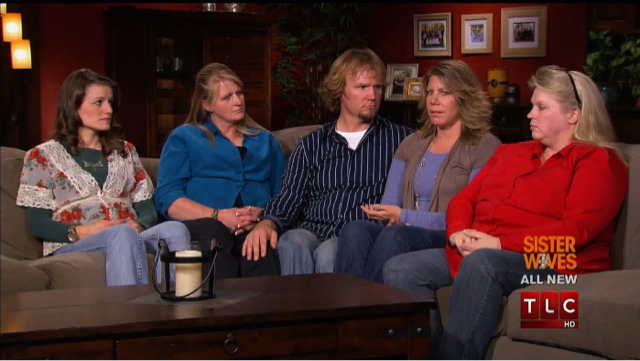 So I want to talk about Sister Wives, a most awesome reality TV show I discovered while in the US.

Upon discovering this gem, I immediately emailed my mother with the ridiculous hilarity of it all.

Which is not what you want or expect from your mother when discussing polygamy.

So naturally I demanded further clarification.

And while my mind had initially been blown by the WTF?! of it all, my mother had some good points.

The top 3 reasons I'd consider becoming a Sister Wife


Sharing the load
Imagine only having to put up with a percentage of the man flu, sports obsessing, dirty socks and jocks, and other such man-child duties that come with being a wife?  If you're lucky, maybe you'll score a day that doesn't feature his favourite team in a grudge match while he's near death whiney with man flu.


Taking a pass
Forget iconic phrases "Not tonight dear, I've got a headache / it's that time of the month", because no excuse is needed. Simply pull out one of your free passes and send your shared husband on to the next wife to fulfil your combined wifely duties.  While you eat chocolate and lounge in bed by yourself watching The Kardashian's.


Sisters before Misters
Far from competing for the affections of their shared husband, thus creating wifely rivalry, you can call on your sister wives for back up in marital disputes.  Never fear being worn down or defeated in any disagreement, because yo sister wives got yo back.  As witnessed in the episodes of Sister Wives that  I watched, where the sisterly back up ranged from house decorating, to Etsy stores, to hubby's hairstyle.

And so, while I was initially completely SHUT UP!? about the whole thing, those women have indeed got their shit together. They're all intelligent, attractive ladies.  They get along.  They don't have any obvious weird sadistic sacrificial shit going on, at least not while the cameras are rolling.


So I am taking applications from less attractive women who are interested in becoming George Clooney's sister wives with me.

You get him on the days he has a headache, is ill, needs his laundry done, or his team is playing.  I get him for holidays, movie premieres and fancy outings, and when he's feeling amorous.

Posted by Parental Parody at 10:05 AM