Kelly Slater is now advertising Chia Pod's.  #1Hubby saw the ad on TV and immediately decided he must have them.

He doesn't even know what Chia is....

He is convinced that he and Kelly Slater, surf god extraordinaire, are similar.

And by similar I don't mean in surfing prowess.

I mean in looks.

His thought process on this is a simple one:

But far be it from me to publicly bag my beloved online.

I present to you, the world's greatest non-surfer, #1Hubby, hanging 0.10 in the kitchen...

and the delectable, arguably the greatest surfer ever, Kelly Slater.... 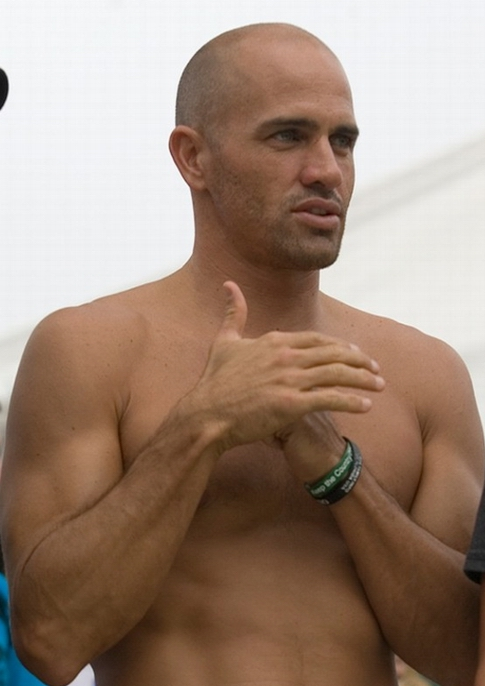 If I stand on the other side of the street they could almost pass for third cousins twice removed.

Email ThisBlogThis!Share to TwitterShare to FacebookShare to Pinterest
Labels: #1 Hubby, About us, Delusional, Like Angelina Jolie but better, Like Kelly Slater but not, That's my story and I'm sticking to it, True story