The Leaning Tower of Lego Pisa and an epic catastrophe 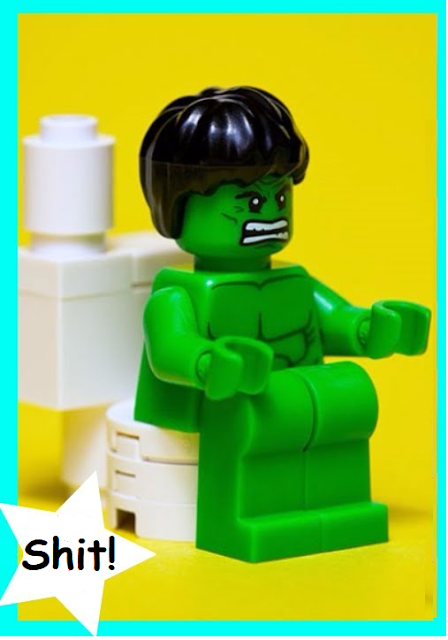 Oh hey you guys - just me - checking in.  Months between posts, I know.  I've been super busy messing with my kids, stuffing up the parenting thing, laughing at inappropriate stuff.  The usual.

So, do allow me to regale you all (the tens of you that still read this...most related to me) with the latest and greatest parenting brag.

My Mstr10 spent EONS (days) completing a STEM project for school - recreating an international landmark.  He opted to go all Leaning Tower of Pisa via Lego.

It was epic, and I'm not just referring to the 4-5 days of blissful peace we enjoyed while he was in the Lego-zone.

He did good.  Really good.

So good I forgave the 5:15am wake-ups as he melted down over the lack of curved white Lego pieces in his extensive collection.

Once his impressive tower was done, he also created an animated poster, complete with Lego peeps walking up and taking selfies, pretending to hold up the tower.

I was all proud parent, you guys.

Fruit of my loins knows way more about technology than I do - just knocked out a quick animated video/poster thingy like it was nothing - meanwhile I'm still here scaring the crap out of myself when I try and take a photo with my mobile phone, and the camera is on reverse - so I see my less than glamorous self on the screen, up close...all pores and wrinkles...

Unfortunately, the day after completion, he had a teeny, tiny accident and knocked the top off of the tower while innocently attempting to simultaneously karate kick his sisters.

We're talking around a dozen pieces, 20 at most, on the floor.

The poor kid lost his shit.

He was beside himself.  Inconsolable.

I was sitting opposite his still very impressive leaning tower, calmly begging him to let me help him fix it - and he was all wet teary eyes "No Mum, it's okay, I'll fix it, it was my fault...it's okay".

Heart. Breaking. Bazillions of pieces of my heart alongside the 12+ pieces of Lego on the ground.

What followed was a good 3-4 minutes of heart palpitations as he very quickly and easily repaired/renovated.

HUZZAH.  All good in the 'hood.

He was instantly happy again.

I needed a beverage.

Rallying, I very sagely suggested we take it to school early - and keep it in the school Library, where I'm the boss and nothing could possibly happen to it in the ONE DAY before it was due to be handed in.

Parenting genius.  Right there.  Sometimes I amaze myself with my adulting, considering.

So the next morning we carefully put it in the car to drive to school.

I fairly nearly wet my pants trying to drive into the staff carpark.  It took two goes to get up over the very small kerb, because I was all Driving Miss Daisy with the precious cargo on board.

We finally parked, all let out a sigh of relief, and then shepherded the STEM project to the school library, where we placed it on the bench behind my desk.

There were high fives all round, and eventually my butt cheeks unclenched.

The Leaning Tower of Lego Pisa was on display and safe in the library - for all of 2 hours.

A category 6 tornado combined with a force eleventeen earthquake struck....via MY ELBOW.

I obliterated that bad boy.

It was now an ancient ruins.

Of course I did the responsible thing and ran to the Principal in a mad panic.

She laughed and wished me luck come the end of the day, when my beloved Mstr10 came to shower me with affection and adoration and get a lift home.

I tried to fix it, but as you can imagine, only made it WORSE.

Mstr10's twin sister came in for her class library visit and nearly crapped herself with sadistic delight when she saw what I'd done.

She gets it from me.

I had to beg her not to tell him if she saw him at lunch time.  Bribed her with a Canteen icy pole.

At lunch time I paced the Library, on the lookout for my beloved little man.

Anywho, to drag this out slightly less dramatically (my bad), Mstr10 didn't appear until soon after the end of school siren.

I braced myself for the mother of all meltdowns (his and mine).

My beloved little guy looked gutted, took a deep breath, and said "It's okay Mum, I know it was an accident...I'll fix it".

His special traits that would normally see him absolutely melting down over anything that strayed from normal routine and expectation, they didn't apply.  He just sucked it up and fixed it.

Because he knew it was an accident and I didn't do it on purpose.

The Cleaner came in and started vacuuming - something that would normally send him running out the door on account of sensory overload - but he was so in-the-zone with the Lego re-build that he didn't even  notice.

I've never been so proud....which obviously made the Mother-guilt sooooo much worse.

Naturally he is now getting all the jewellery and my kidneys.  Duh. 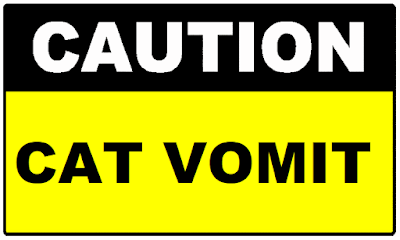 That pretty much sums up Mothers' Day.

#1Hubby was trying his best to appease me by finally clearing his work crap out of the garage, eleventybillion years after I first started whine-ask-demanding he do so.

Which was great, except it was Mothers' Day and I was left with all of the things inside.  There was no lounging around in pyjamas.  No coffee in bed.  Definitely no binge watching my favourite shows.

The kids, well they were mini assholes most of the day.  Not as in they are mini, but their assholeness was mini.  Like minor asshole status, as opposed to being epic assholes.

Mini assholes antagonise each other and not me - but force and motion and physics and stuff means I was impacted by the assholedom, by having to parent it all before someone lost an eye.

The cat gifted me a spew.  Bless.  Bastard.

The kids were all OMG OMG OMG THE WORLD IS ENDING.  In a break from their assholeness, I took solace and enjoyment from their bonding over mutual disgust.

Sadly, they got over the touching show of sibling unity in a flash, and were very quickly threatening to push each other into said cat spew.

So I cleaned up cat vomit on Mothers' Day.  Living the dream.

The cat - who was my favourite pre-spew - then sat outside the kitchen window on top of the outdoor table, heaving and eyeballing me, as we had an intense stand off over whether or not he would produce a follow up gift for me.

Being a master multi-tasker, I continued the stand off while slaving over a lavish roast lunch that I was making for myself....which was to be served on said outdoor table - pending follow up spew.

So, yeah, that was Mothers' Day.  My personal highlight being the cat vomit.

You may think I sound bitter and ungrateful, but I'm not.

This is possibly the best way it could have played out - because now I get a do-over.

After lovingly yelling my disappointment at them all before bed time, I am generously giving them the opportunity to improve on their efforts this weekend.

I'm markedly more excited for the do-over than I was for the original.  The vibe in the lead up is a mix of excitement (mine) and apprehension (theirs). 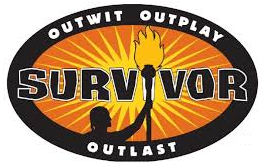 OUTWIT...the mini-me's into doing stuff for me since they're home all day

OUTPLAY...my darlings, against each other, for who wins the prize as my favourite

OUTLAST...the sweet cherubs for 2 weeks of school holidays - home all day, every day

Survivor bosses:
No I did not ask permission to use your logo.  My bad.

Please do not treat this as my audition for the show...unless you're going to do a parents' version to see who can possibly outwit/outplay/outlast the other parents, resisting the urge to make the bed, pick up floor-towels, make healthy snacks, or contact their children...surviving guilt-free in a luxury hotel.

Spoiler alert :
It will be me.  I will win.  Mother guilt has no power over me when up against free room service and sleep-ins.

Anyway...enough of the super entertaining intro
On to the reason for my post:


I just wanted to let you all know that I survived the school holidays.

I do have a TEEN, you know.

And twins who hate each other and piss themselves laughing at the mere suggestion of some mythical "twin bond".

And the 2 girls are forever trying to convince each other to emancipate themselves - pushing each other to the limit of sanity and fighty-sister-ness, just hoping the other one will pack a bag and leave.

I know, I should really intervene more...but you guys...only 2 kids would mean just 1 taxi, 1 hotel room, more wine money in the budget....I feel like I could REALLY go on and on with this list, but that would make it look like I've spent far too much time musing over the pros and cons of 2 kids versus 3...

Also, my beloved boy has completely worked out that I am powerless against his charms.

He's still my main ally, but he also plays me like a champion.


SHIT IS REAL IN THIS FAMILY, YOU GUYS.


So I get that you would be considering sending out the National Guard to search for my remains upon completion of 2 weeks of school holidays at home with them, given the circumstances.


Hooray / Huzzah / Jazz Hands and rainbows for the return of school....AMIRIGHT?!?!

Related - keep the celebrations down, parents, as some of us work at schools.

Some of us are even super stupider and work at schools our kids attend.

THERE IS NO ESCAPE!

Today I had to make fresh toasted sandwiches for the Twin Tornado, as the weather is starting to cool down.

Mstr10 did a little pathetic cough to punctuate the weather situation and need for a hot lunch.

Miss10 just stared me down.

The teen of course put her hand out for money to buy something from the school canteen, since she is no longer in residence at our combined school/workplace.  Lest she miss out on something warm on this arctic day...

The balance of power has shifted.  While #1Hubby is blissfully ignorant/unaware, I am not.

I'm trying to work out if the ability to feed themselves and wipe their own bum's is worth sacrificing the all powerful aura of wonder, trust and compliance that I once had.

Email ThisBlogThis!Share to TwitterShare to FacebookShare to Pinterest
Labels: Parenting Fail, Parenting win, School Holidays, Survivor, The kids are ganging up on me
Older Posts Home
Subscribe to: Posts (Atom)