While the kids are away, the parents lamely attempt to play 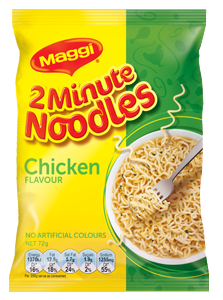 Nobody to get up to.

Coupled with going to work every day, it was like being a bona fide adult again, just like in BC (before children) times.

Determined not to waste this opportunity to party like rock stars, we proceeded to 'burn the candle at both ends' from the second I returned home after dropping the kids at my parents' place.

First up was a pub meal.

We rocked up after 6pm and took our time.

Even sat dangerously close to the open fire.

Of course we were a bit exhausted after running around all day shipping the kids off, so we didn't stay out late.  We were, in fact, home by 8:30.  Pretty much the time we'd have been home if the kids were with us.

#1Hubby had an overnight conference at a hotel.  While he did invite me to stay the night, it was less hello child-free hotel romp, and more OMG I can have the TV and the bed and the entire house to myself!

And so I stayed in.  With a microwave meal I picked up from the supermarket right as I finished work.

We'd booked a seafood restaurant - somewhere we'd never take the kids, because it looked quite fancy.

We were starving and tired by 6pm, so we showed up almost an hour before our reservation, just hoping to score an early table.

And we did.  Amongst the families who eat early with their kids.

Home by 8pm this time.

We were well aware of our dismal efforts thus far.

Determined to better our rock star, party animal, go hard or go home image, we decided to hit up a Mexican, Indian or Thai restaurant for some hot, spicy food that we'd never try and feed the kids.

Followed by a bar.

On a week night!

Only we were absolutely shattered from work and the previous 3 nights.

So it was takeaway instead, in all our elastic waisted sit on the lounge and watch TV while eating glory.  Exactly what we would have done with the kids.

I feel like we really let all the parents out there down.

Given the opportunity to live it up with wild, child-free, abandon.....we failed.

I would promise to do better.

I would pledge to give it my all this week, but I don't want to make any false promises.

This week they're only gone for 1 night, and I can tell you exactly how it'll go:

I feel like I don't even know myself anymore.

I am far more disgusted in me than any of you could possibly be.