Father's Day Gift Guide - How to nail it (you're welcome)

In our family, we celebrate Mother's Day by Daddy taking the kids out and allowing yours truly some kid-free time.  It's the best way to reflect on the little darlings in their most positive light - when they're not there whining for food or justice over some perceived sleight from their siblings.

Father's Day is all about Dad spending quality time with his kids.  So, once again, Daddy takes the little darlings out in order to truly enjoy some memory making time with them.

Let me break it down for you, how we roll in the Parental Parody family on the big day....

Kids have been instructed not to wake me up, because it is Daddy's special day.  Go jump on him and shower him with love / elbows in ribs / shouting in ears over who has a better spot on top of his formerly sleeping form.

Once sufficiently and permanently roused from his slumber, he will shhhh them so that I am not disturbed, even though we both know I'm pretending to be asleep.

Then they'll attempt to make him breakfast.

Within 3 minutes #1Hubby will sagely decide to take them to Macca's for the breakfast of cheapskate champions at under $5 a head.

I'll have already helpfully organised some meaningful family activities for #1Hubby to do with the kids, including but definitely not limited to....

Gardening
Teach them, bond with them, plant some seeds and remove the weeds - it's a win/win for everyone!

Bored Board Games
Sadistically long ones.  Like Snakes and Ladders....just when you think the end is near, no, a bloody long snake sends you slithering back to the start...it is the game that keeps on keeping on.

The park
I am deathly allergic to the park, and of all the days of the year, it is a Dad's domain on Father's Day.  I went once on Father's Day (clearly very early in our parenting years), and I was the only mother there. Never again.

Home theatre / concert / interpretive dance
Kids love nothing more than putting on a show.  Again, I am deathly allergic, therefore I will probably plant the seed and suggest an epic 3 part show that they can stage for their father.  In the shed.  So that I can enjoy some reality TV in peace.

This is where I truly step up to the plate - I cook dinner.  Just like every night.

If I'm lucky, #1Hubby will be hankering for takeaway in lieu of a roast dinner.

If he's lucky, I won't have consumed a great deal of wine by that stage, and may even do him the supreme honour of going out to collect it for him.

What gift for the man who, upon investigation, discovered that he does, in fact, have a history of multiple births in his family, and is, therefore, responsible for the Twin Tornado?

Here are some of my top picks that I'm tossing up from stupid.com - don't let the name put you off, these bad boys are far from stupid.... 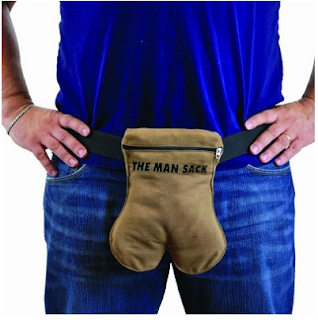 Yours for the bargain price of $12.99 - amazingly, this is not completely sold out so close to Father's Day!

It screams practicality - I can't wait to go out with #1Hubby sporting this bad boy.  No longer will I have to carry around his keys, his sunglasses, his phone etc. etc. in my bag.

Over The Hill Rectal Thermometer 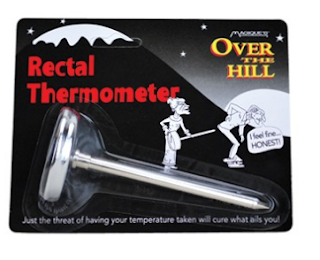 You guys, is this not the ultimate gift that very clearly portrays your sincere care and concern for the man in your life who is frequently claiming man flu / fever / possible contagion on account of the aforementioned flu and fever symptoms?

Cheapest medical equipment ever - at just $7.99 you could probably get one for each of the men in your life. 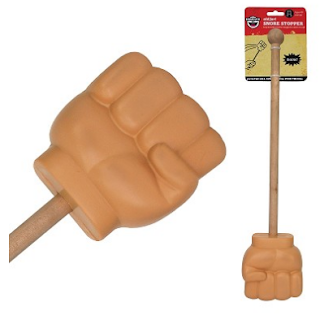 How have I not heard of this before?

This is probably more for me than him.

But who cares.  $6.99 is far cheaper than marital therapy and sleeping tablets, right? 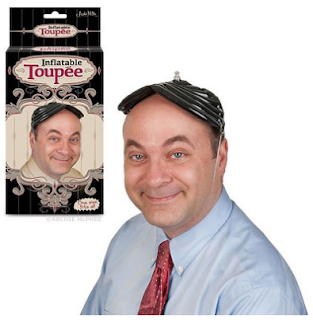 All of the yes.

Look at that happy face?

Pretty sure this $4.99 bargain is ridiculously under-priced.

And if all of those winners fail to float his boat, the carton of wine that I just ordered online will be sure to do the trick.